Warning: If you have no desire to look at pictures of a first-stage surgical reconstruction, the time to bail out is now. (No blood! I promise!)

I can still remember the first time I saw a picture of a reconstructed breast. It looked to my horrified eyes like a carelessly-assembled piece of patchwork, or a hastily-mended rag doll- some sort of amateur needlework project where too little attention had been paid to the finer details of symmetry, line, colour-matching.

Cruel? Me? No, just honest. It was seriously off-putting. I didn't even want to think about whether I'd ever need that done.

Now that I've been through that human assembly line myself, I understand that what I was looking at back then was something of a botch-up. It was still a relatively new surgery and I guess not every surgeon who did it had it 100% nailed. Around that time, some disappointed women in my support group started referring to their reconstruction results as Frankenboobs, though perhaps Munster Mammaries would have been more apt. You could almost see the stitches. I had trouble imagining that these transplanted hunks of flesh, revealed in the bedroom, would ever look sexy- though of course they represented a significant improvement on lugging around a pair of hot, sticky, heavy prostheses all summer once one was inspired to put one's clothes back on.

Some two years later, I realise how damned lucky I am to have a far better result than the one I looked at with such shock back then. Certainly, if you look closely enough, there's an element of patchwork about my new 'breasts' still. Four weeks out from surgery, there are still puckers, faint stitch marks, slightly raised joins here and there where my old scars were opened up and the pieces of my stomach flesh added in. But in other places, significantly across the top where it's most obvious, the scar is starting to recede; I can imagine, with enough massage and liberal anointment of BioOil, that eventually I might just have a thin white line across each new breast, only a little more obvious than my first mastectomy scar (which had almost disappeared into the shadows of my poor exposed ribs).

It doesn't hurt up there, or at least not unless I sneeze (which event can only be described as 'fucking agony'). There's no sensation in the flap that was moved up from my tummy; all the blood vessels, right down to those the diameter of hairs, were painstakingly joined up to keep the flesh alive- but the nerves were destroyed in the process.

Oddly, though, there's significant referred feeling onto my chest wall- much more than I expected. I may not have nipples any more, but at least I'll notice if someone's groping me on the bus.

Are you ready for a photo? I'm not shy. See, you're actually looking at my stomach, and whatever your knee-jerk reactions might tell you, this is nothing you wouldn't see on the beach if I happened to be the sort of girl who wore a bikini (which admittedly I'm not). I've seen more shocking things in the food hall at Tuggerah Westfield.

It's not a real pair of breasts. And I'm putting it here not out of some weird desire to be an exhibitionist, but because maybe there's someone out there who's at the beginning of this revolting journey through hell, who'll look at this and feel far less horrified than I did when I saw my first reconstruction. And will be more hopeful, and less frightened.

There's still tape over the joins. I have to replace that every day after my shower and the BioOil massage; Dr Yes says it helps keep the scar line from spreading out. We won't talk too much about the interesting task of getting paper non-allergenic tape to stick to skin that's just been massaged with oil. Suffice to say that 'hog-tying a muddy pig with a plastic skipping rope' comes to mind.

I took this shot about ten days ago. It's all much cleaner now, and even those tiny bits of bruising are nearly gone. This is, apparently, a pretty amazing result, as absolutely everybody who's seen it and ought to know has been quick to point out. Certainly I'm amazed, and not only because Dr Mattel had told me that such a reconstruction was impossible, or at least not worth the trouble.  I went from 'not even an A cup' to a genuine C cup, just by getting a better surgeon.

Respect for your medical staff is a nice default position to aspire to, but second opinions can be priceless.

The stomach has been more of an issue, unsurprisingly. The nerves haven't been decimated to as great an extent, which of course means more discomfort (though compared to chemo, the pain of this operation has been a stroll in the park on a sunny day, with fragrant roses and gushing fountains in the middle distance). There's more bruising, which is still somewhat in evidence. And unfortunately, in my usual gung-ho style I made a tactical error soon after coming home which was almost my undoing.

It was, of course, all down to my desire to keep up the exercise and satisfy the same need in the new puppies (no innuendo intended). The hunting dogs were delighted to have me home again, and I went back to walking them in the mornings straight away- the first day somewhat less far than usual, and the second day back to our usual tramp of about two kilometres. I might add that this was all completely fine. I felt really good.

(Well, I am very fit. And I did recover from surgery stupidly quickly, and they do give us some very nice drugs in our party bags.)

About a week into this, I got halfway across the yard and realised I'd forgotten my girdle. Yes, folks, the totally unsexy reality is that 'support garments' are required for six weeks after surgery. Given that I'd been split open along what is delicately called 'the Caesarian line', one doesn't really want to rely on dissolving stitches and hope.

A sensible person would have gone back and got it. But no, the Patchwork Princess was above all that and decided to keep strolling after Velcrodog and the pups, who in typical exuberant fashion were about a hundred metres ahead of me and already playing their favourite game of trying to kill each other by jumping on each other's heads.

This failure to stop and go get it, gentle reader, was A Bad Idea. Doing what the surgeon tells you is A Good Idea. You heard it here first.

It was after this walk that I started to feel a distinctly uncomfortable sloshing sensation in my abdomen. Who knows? It may have been coincidence. It may have been going to happen anyway. But from the moment of that bad decision (and I'm telling you, by the end of that walk I wasn't feeling too special) I had a seroma developing along the right side of my abdomen.

A seroma. Don't worry, it's not fatal. Just bloody uncomfortable in the wrong place, which this definitely was. It's a pocket of fluid- the same fluid which my six drains were getting rid of after the operation.

A seroma which requires drainage is enough of a pain in the arse when you're in the same city as your doctor, but when you're not even in the same state it becomes a bit of an issue. It took me another two weeks to sort out getting someone here to stick a needle in my guts, after locating the seroma by ultrasound. That's where I spent my morning today- looking at a long, black leech-shaped pocket of fluid on the screen and watching it gradually disappear as the doctor sucked it dry with a syringe.

I was left feeling much better at once, but wondering how a twenty-minute procedure could possibly cost nearly five hundred bucks. Yeah, yeah, I'll get all but two hundred of that back on Medicare, but what the hell do the poor people do?

I guess they walk around flat-chested for the rest of their life. Patchwork Princess indeed. It doesn't hurt to remember how privileged I am to be in a position to choose that surgeon, to have that operation at all, and to pay for the fallout when something goes wrong because I took a stupid short cut.

Mind you, that's more good luck than good management. I'm not quite sure whether my long-deceased mother grabbed that blocksplitter again (see Episode Two of this blog) and chose her moment to top one of our more annoying relatives, who'd happened to bequeath me a handy sum in her will. It arrived at the crucial moment during chemo when things were getting desperate in financial terms, and it paid for (amongst other even more crucial things) my new foobs.

Amusingly, it was that very same relative who'd devoted considerable energy to battering my ego when I was a highly sensitive adolescent, by telling me at every opportunity how desperately I needed a breast reduction. Karma's a bitch, and arrives in a multitude of unexpected ways.

And it's true: I do feel like a princess. Honestly, I've never had a body this 'culturally acceptable'. It blows my mind to think that I'm going to be able to wear clothes I could only dream about before. 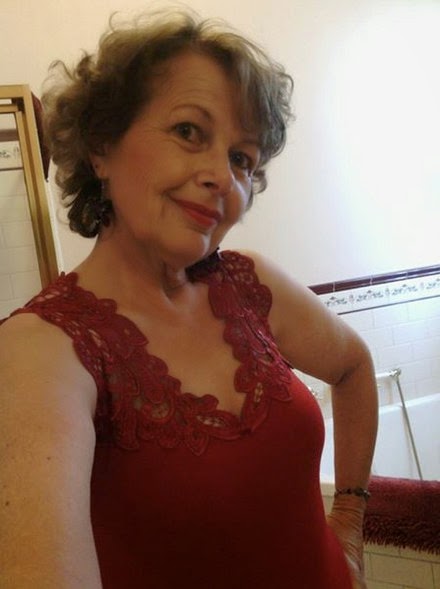 It's an odd feeling. I've had moments of complete transcendent happiness, and moments of what I can only describe as 'survivor guilt'. It seems crazy that everything's ended up going so well for me, while for other people who are just as deserving of wondrous things, the excrement hits the rotating cooling device over and over again.

And then I think about my Bear, and what he's been through, and what we still go through every single bloody day because of his obvious and severe PTSD, and I remember that about 95% of the time while I was so ill I didn't dare to even think about things going badly for me, because it would have destroyed him completely. I've always been a princess to him. He deserves to have a princess in his life, after everything that's happened to him.

It was the same with this operation. He was so scared, and I was so determined that nothing would go wrong, because it just wouldn't bloody dare. There's a limit to how much unfairness one human can take, and he's had his share three times over.

"How do you feel?" he said to me, when we'd got home from the airport and he'd carried my bag from the car for me, because princesses with brand new patchwork foobs aren't meant to carry stuff, you know?

And he hugged me, and cried his eyes out with joy.