Look for the small joys

From my cancer support group:

Forgive me sisters for it's many a month since I have been to this site. I'm back because only all of you will understand and have some insight for me as to where I go from here. I own a business or two. I love one of those businesses. On 13/3/13 I walked away from that business, returning only to do the pays and whatever else I absolutely had to do. 13/3/13 is my cancerversary. In the mean time a worthy band of stalwart staff have manned the fort and done their level best to look after my baby. However there are some serious slips in procedure and day to day running that are costing me big time. Now, a year and a bit on, I am supposed to be doing better. I should be making decisions left, right and centre and picking up slack. I am, in all reality a blubbering mess . I don't know if I used to be different or I should be listening to the angry me who says the C word a lot and wants to lay down the law. Even when I was much younger and probably really bad at it, I was super confident at staff management and HR in general. Now .............I say the C word a lot and enjoy doing so. I want someone else to solve my problems and accept that I can no longer lift heavy things. WHO IS THIS PERSON?

Your question rings so true to me. I recognise where you are instantly, because I've been there too. There we were, the ones who could do it all- so competent, so confident, without a doubt the brains of the operation. And then the bomb dropped on our heads, and when the smoke cleared we truly believed that we'd be able to pick up from where we left off. It just takes time, right?

But we can't. We can't, because the person who created our empires- the career empires on which our self-esteem relies so heavily- that person has been changed forever. They're gone.

We don't, as you say, even recognise ourselves.

This is how your problem looks to me:

The nice round white peg has been wrenched out of its nice round white hole where it belonged, turned sideways, chopped into a weird and unrecognisable shape, bashed with a mallet till it's splayed and flattened, painted pink (god help us all, because we seem to be pink for life) and thrown into a corner.

Now you want to pick up that flattened, mangled, beaten-up peg and thrust it back into the same old hole and- holey moley, it won't fit!

Well might we throw the C-word about with aplomb.

(Oh dear. All the other nice white pegs are in shock because we said the C-word. White pegs don't say that, right?)

B, you and I and many of our friends are now splattered pink pegs for life. Being a neat, round, white peg is a distant memory. So what the roaring fuck do we do now?

I guess the first thing is to accept that we're different, and it's permanent, and it's time to grieve what we've lost. That's where counsellors come in. Find a good one, and when you do, say the C-word to her as many times and as loudly as you want.

Acceptance isn't easy. I've spent quite a few days trying to sort through my stuff from my old childcare career, trying to throw or give away the things I know I'm not ever going to need again- because that person who could lift babies and children safely and juggle five expectations at once in her head and vacuum floors and put out twenty beds is gone, gone, gone.

In her place is someone who isn't ever quite certain of her arm strength, who gets confused easily and forgets words and names, who can't do a lot of physical work without collapsing from fatigue or turning bright red and ripping off her clothes before she expires from heat exhaustion. Someone whose bullshit detector is constantly on high alert, who's impatient with the less enlightened members of the human race. Someone who really wants nothing more than her old life back, and doesn't appreciate having how changed she is rubbed in.

It has to stop, B. We have to stop trying to jam that peg back into the old hole, because it's just hurting us more.

My grandfather used to have a saying whenever one of us kids was complaining. He'd say, “Look upon the doughnut, not upon the hole.” So I am obliged to point out that sure, we've lost a lot, BUT. Because of our illness, we are better people. Not more competent, confident, capable people- but better people.

We have knowledge that you can't buy or learn from a book.

We're more compassionate to those who genuinely deserve it; we're much better at sorting those people from the wailing #firstworldproblem arrested-development pseudo-teenagers who've never had a real challenge in their lives.

We know how to really support our friends, the ones who've been through the mill alongside us, and we understand them in a way nobody else can- and vice versa.

We know how strong we are, because we walked through the fire and came out with dragons on our shoulders. (Sure, those dragons say cunt a lot. You get that with dragons.)

We don't live in denial any more, because a part of us knows how uncertain life is, and that we will die. (Perhaps soon. Perhaps not.) We know there are no guarantees, no matter how many soursop smoothies we drink and how many kilometres we run a week.

So what can we build from the wreckage of our old lives and the precious knowledge we've gained?

First, we have to throw away that feeling of needing still to be competent at the old stuff. WE AREN'T. We are competent at much more important stuff now.

Can we use that to make something better from the wreckage? Is there a way to use what you know now to improve the business you loved, while passing on the things you can't do to someone who can (and looking away till they learn to get it right)? Can you work fewer days, take a different role? Can you lose your inner control freak (yeah, yeah, I have one of those too) and let something new evolve?

And if not, can you look at it more coolly, be less involved, wave goodbye to it and find something else to make the new you feel good? Nothing stays the same forever, and it's a mistake to try to make it so. We're not indispensible, we're not perfect and neither are the people around us. Our career 'babies' eventually fall apart, even when we haven't had a life-threatening illness explode in our faces. Our replacements make horrible mistakes that make us want to cover our eyes and scream. (Think Apple after Steve Jobs.)

There was a time when I worked in one of the best music education schools in Australia, and it was my life; I loved it. It was everything to me. But the staff around me changed, ideas were manhandled and mangled, the whole thing started to build up downhill speed and there wasn't a damn thing I could do except get out of the way. I left. And I'm glad, now. Nothing stays the same forever.


Maybe it's time to open the door and get out of the way.

What? It IS what you want? To bay at the moon for something that's gone? I don't think so. It's gone.

It's okay to do some of the things you'd thought about doing later. You have permission. You know, my mother was going to spend her retirement writing a book; she died 25 days before her 60th birthday, the day when she was entitled to draw her superannuation.

What? Not enough money?

Have you thought of downsizing? Is all your stuff really making you happy? Do you need to be where you are, spending as much as you are just to stay still, to be happy?

Is there a simpler way of life that would free you?

I don't know what your dreams are. I do know that it feels good to me (despite the manifold disadvantages of being miles from anywhere) to have no mortgage, to be in the middle of nature, to be able to spend time alone if I want, to enjoy the simple moments. The quiet at night, the bird song in the morning, running with the dogs, sitting on my veranda with a coffee in the sun. 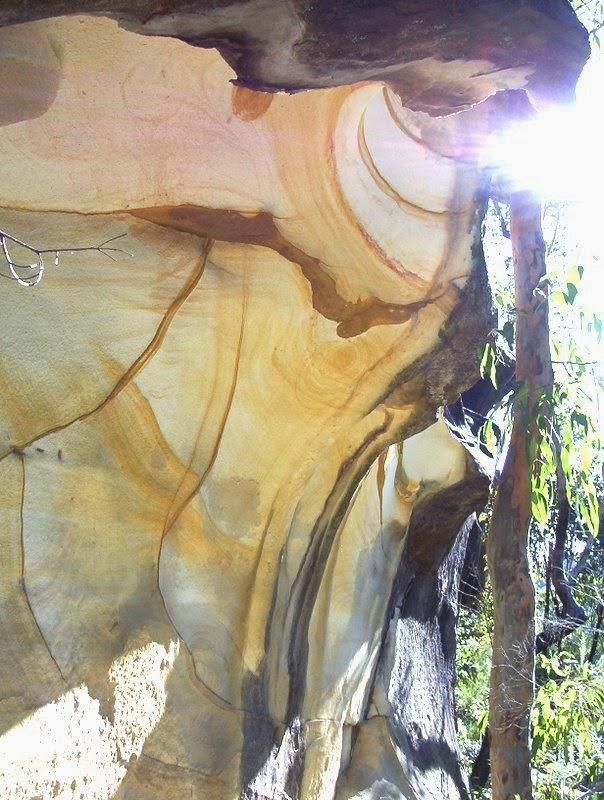 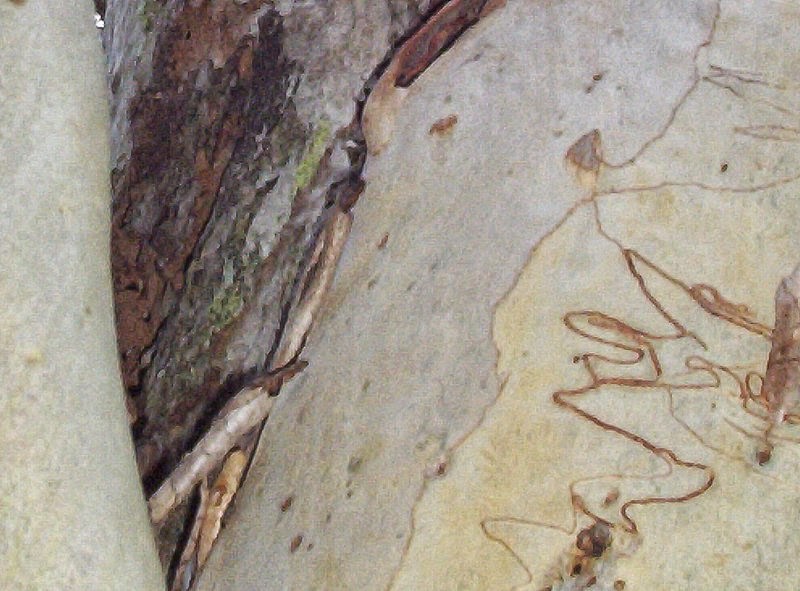 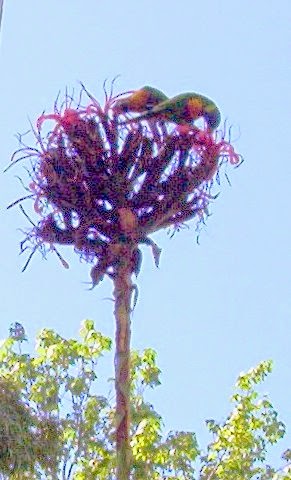 This morning a flock of lorikeets descended on our place, perching on a dead tree, diving into the animals' drinking trough to bathe, singing their crazy screeching song of joy the whole time. If I'd been chasing my old career I would have missed that. I would have been long gone, out of the house, on the road, heading for a place which was only going to bring home to me all over again how not me I've become.

My advice to you: stop chasing unhappiness. Accept, let go, rethink. Look for the small joys. Then the big ones might just have time to find you.
Posted by Aunt Annie at 10:16 PM No comments: