Those of you who've never experienced a cancer diagnosis may now be suffering under the misapprehension that we've reached 'mission accomplished' here. In October 2012 I was launched into a dangerous orbit whence I might not return. But here I am, in March 2014, back on Earth at the end of my (obvious) treatment and apparently safe and sound.

"You're looking amazing!", people say to me. "You look great!"

....Here am I floating in my tin can,
Far above the moon,
Planet Earth is blue and there's nothing I can do... 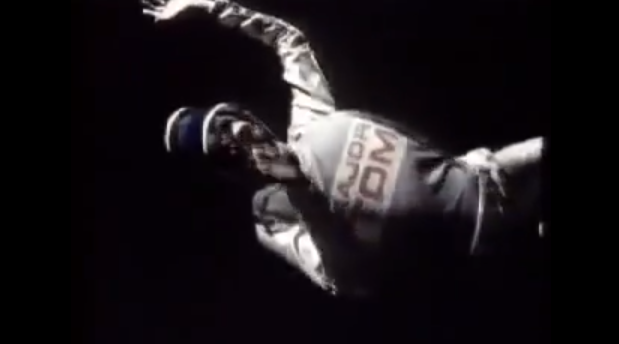 It separates you from the rest of the human race forever, that cancer diagnosis. You're forever orbiting the knowledge that maybe, somewhere in the machine that is your body, there's a faulty piece of circuit just waiting to melt down and destroy you.

It can happen at any time. Recently I met a woman who'd been diagnosed with secondaries an unbelievable 21 years after she was given the all-clear (or to use a more accurate medical term, 'no evidence of disease'). Another woman returned from her celebratory cruise to mark 10 years' NED, only to find that the monster was almost certainly back.

Planet Earth is blue and there's nothing I can do...

So you won't find me coming out with any smug assurances that I've beaten cancer or (as is the popular vernacular in BC circles) I've kicked its arse. Oh no. Fighting the Freeloader is a job for life. It's just that these days, it mostly manifests as a psychological battle to stop turning your head to look at the thing that's always on the periphery of your vision.

Get thee behind me, Planet Earth. 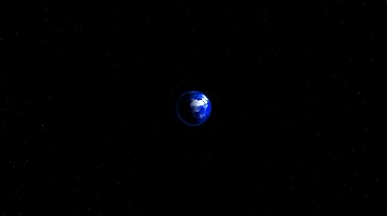 Coincidentally, Ground Control to Major Tom is a long-standing code between my Bear and me which started with my considered choice of home number ringtone years ago. Of course, I usually take the role of Tom, flying off to town to shop or to attend yet another follow-up appointment; the Bear would rather insert bamboo slivers under his fingernails than go to town. When the Bowie song starts issuing from my bag, I pick up the call with Major Tom. He responds with Ground Control.

We laugh a lot.

Though less so lately.

But finally we have some progress on the home front, though I feel a little like I've been run over by the space shuttle as a result. I knew that tearing my Bear away from home to attend some post-cancer couples' counselling with our social worker (who did, eventually, call back) was always going to be a challenge. If I've been quiet, it's been from emotional exhaustion. It is damn hard work getting around a man's mental blocks. They're so good at building walls out of them. (Especially if anyone suggests they need help.)

Anyway, we were lucky. We found someone who 'gets' him, who doesn't try to make him sit in a chair in an office to talk about his deepest feelings. So far we've sat on a brick wall under a tree for one session, and sat on the ricketty little seating riser at the oval for another. Wind in our hair, sun on our arms. Birds singing.

And it's working. Slowly. Like pulling teeth without anaesthetic is working to get rid of an aching mouthful of disaster so you don't die of blood poisoning.

Except we pull them, and he goes home and puts the teeth back in again because that's what he's used to, and I spend some time pulling them out again. Ouch. Repeat ad lib for two weeks till the next appointment.

I'm tired. But it's working.

The need for this sort of agonising, exhausting emotional work as a side effect of your diagnosis and treatment is just another thing they don't warn you about. But the more I talk to the other women in my new support group, the more I see that it's a common thread. We've all been screwed over mentally.

The ones who've already done a fair bit of work on themselves are coping better than the ones who are still stuck in abusive relationships, or who have serious self-esteem issues left over from childhood, or who have given their all to others all their life and never really stopped to find themselves. Me? I've done a lot of work on myself. A lot. I've had extended therapy with three different practitioners through my life, and I've spent hours reflecting on myself and my choices. If I'm coping well with the curve ball called cancer, that's why.

But still it hasn't been enough to allow me to cope with this on my own. It took weeks (my therapist is ridiculously busy because she's bloody good), but finally I managed to get an appointment to get my own head straightened out too.

Naturally, the first thing she wanted to know was what I needed from her. And I said, "I need some support. I join all these support groups, and because I'm good at it I end up doing a lot of the supporting myself, and I realised the other day that- well, wait a minute, that wasn't why I joined."

(And it's not because people don't try to support me, I might say. But I'm acutely aware of the effect my own angst has on those around me. I self-censor. All. The. Time.)

"What does support look like to you?" she asked.

That's where therapy is so good. I don't have to give a rat's arse about how my tears make the therapist feel. It's her job to receive them. And so I can just cry. Not explain. Not censor. Not rationalise and argue myself out of feeling what I'm feeling.

Everyone should have a therapist after something like this.

Of course, I didn't just cry for the whole hour. A sentence that's come out of my mouth a few times lately is I don't know who I am any more. Cancer seems to have changed not only my body, but my life path. Getting back to where I was seems impossible.

What is my computer addiction all about? (Certainly it's not good for my relationship. See couples' counselling.)

Am I no longer a person who works with children? (What a damned waste that is. See the workplace that never calls.)

Have I become a person whose sole mission is to help other people with cancer? (See computer addiction. Is this the only way I'll ever feel useful again?)

And a few startling things emerged, as they are wont to do when I have therapy.

I am too big for my previous job. I need to expand my job description to use my talents in a satisfying way.

It's not that I'm not working because of cancer. I AM working- I'm helping people for hours every day with their cancer experience or with their questions about their children. It's just that I've tried to leave money out of the equation, and that's why I'm not feeling valued.

I am investing energy in staying small.

Needless to say, that therapy session will not be my last. I need to address this problem of feeling like I'm on the work scrapheap, despite having so much left to give and giving it wherever I can.

See, without serious, big work to occupy my brain, it's awfully hard for my eye not to be drawn back to that blue spinning planet called cancer. The one that's always there, that I can do nothing about. So that's the current mission: redefine what I do to make it fit who I am and meet my needs. It's going to be a challenge.